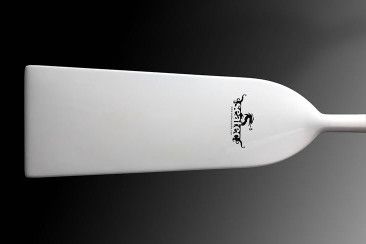 Does the following story sound familiar to you?

You turn up at your first dragon boating session. Someone looks you up and down and says “You look like a 48”.

You are handed a 48 inch club paddle which looks how you would expect it to look, and weighs what you expect it to weigh. That is until you are handed someone’s personal paddle that seems like it’s made from AIR – but I digress.

You are instructed on the rudiments of “this club’s stroke” – catch, drive, exit, recover. And you are put in the boat.

Very soon you are wondering why the experienced person in front of you has smooth, powerful, noiseless stroke. Yet you are creating enough turbulence to make your washing machine proud and throwing more water than was delivered to Noah!

Well, take a seat. Pour yourself a stiff … iced tea. And let me throw some science at you.

The most important piece of equipment for a dragon boat paddler is the paddle.
And perfect timing and power is of no use if you use your otherwise efficient paddle in an inefficient manner.

The paddler uses the paddle is to push against the water so that the boat goes forward.

Well, it is not as simple as it seems because the water doesn’t like to be pushed against. Instead it will try to move out of the way of the force.

We want to move the boat forward. Not move the water backwards.
The effort of moving the paddle through a stroke converts your body’s energy into motion. Ideally you would want 100% of the energy you put into the paddle to be converted into energy of motion for your boat. But we have already mentioned that a paddle stroke will move the boat forward but also move some water backwards.

So we have wasted some energy already.

As a general principle it is more efficient to generate a propulsive force by pushing a large mass slowly than it is to push a small mass quickly.

So to have an efficient stroke you need to ensure the paddle blade is completely in the water. Putting more blade area in the water will automatically increase the mass of water you have to push against with an immediate increase in efficiency. You will immediately feel the paddle gain a better grip on the water. Even though it may feel harder to paddle, you will be using less energy to gain the same result so it is worth it.

A common mistake is to apply the power before the paddle is completely buried.

This can cause two problems:
1. Splashing. Your energy is converted to moving air and water instead of forward motion in the boat.

2. Ventilation. The paddle sucks air down the back of the blade when you insert it in the water or if you apply power too early.

There are three elements critical to paddle blade efficiency:
1. the volume of water the blade presses against,
2. the distance the blade moves the water, and
3. how quickly the blade begins to move the water.

So the take away from this post is that according to laws of motion and fluid dynamics, maximum efficiency in water is achieved by:
1. Pressing against the largest amount of water possible
2. Moving water for the shortest distance possible
3. While accelerating the force on the paddle – but not the water.

To understand this, imagine a paddler doing the complete opposite.
The paddler:
1. Places only half the blade in the water (i.e. press against a small volume), and
2. Pulls with so much force that the water starts to move

This stroke causes movement of the water resulting in less force going into moving the boat — an inefficient stroke.

Thus, an efficient paddler:
1. Inserts the entire blade,
2. Exerts power gradually, accelerating the blade and
3. Ends the stroke as soon as the water under paddle blade pressure begins to move.

This is your most efficient stroke.

Keep Your Friends Close And Your Paddle Closer

Top 5 Paddling Technique Errors and How to Fix Them

Sit Up and Take Note